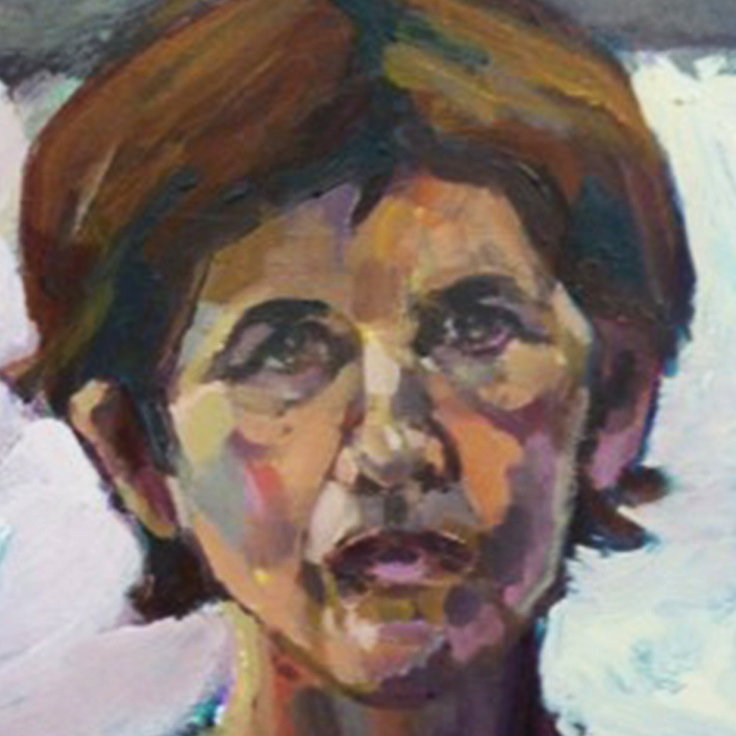 Cilla Patton is a Swiss national, born in Canada in 1954. Cilla is married to an Irishman and living in Northern Ireland. Cilla Patton has a BA Hons in Fine Art from the Ulster University, Belfast where she attended the art college from 1994-97.

She has taken part in group shows since, including at the Musee d’Atelier Azdak, Paris, the Ashford Gallery, Dublin, the National Trust in Castle Coole, Enniskillen and has been selected for shows such as the Annual Exhibition at the Ulster Museum, Belfast, ‘the Discerning Eye’ exhibition at the Mall Galleries, London and the ‘Iontas’ exhibition in Sligo, Ireland. In 2008 she had a Solo exhibition in the Market House gallery Monaghan, Ireland.

Her work is in the public collections of the British Airport Authorities, Heathrow and the Finance Dept. of Northern Ireland. Also the Ballinglen Arts Foundation in County Mayo, Ireland.

ARTIST STATEMENT: My paintings tell the stories of my life, real and imagined. They are a way of making sense of the world I live in. I start with an image or idea and develop the painting with layers of paint over a long period of time. Colour is very important. My unconscious plays a large part in the whole process. 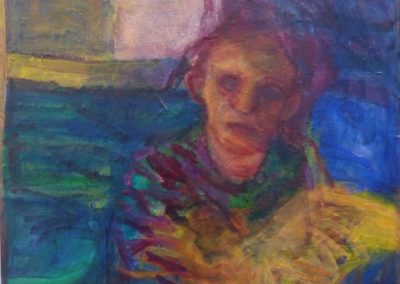 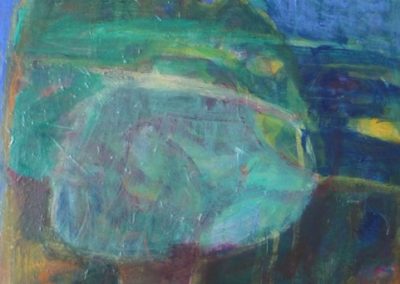 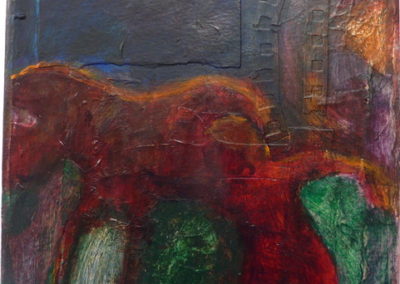 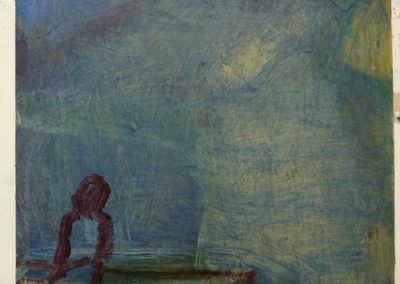 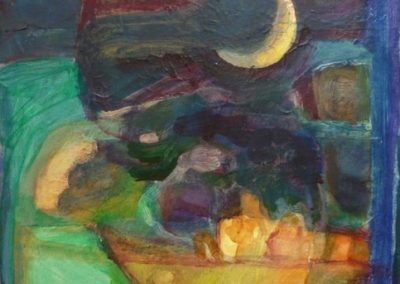 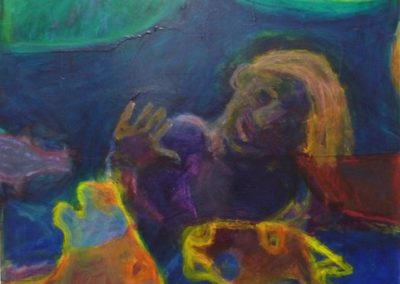 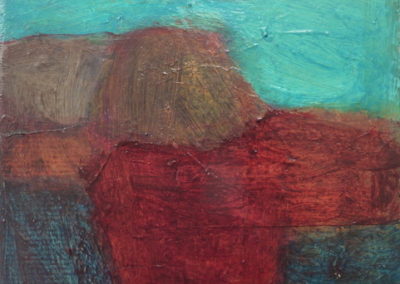 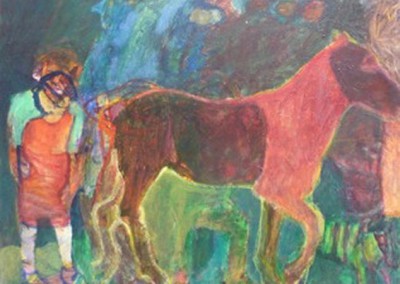 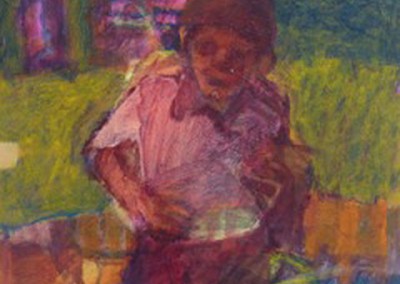 Boy in a Boat, acrylic on canvas 60x60cms

Boy in a Boat, acrylic on canvas 60x60cms 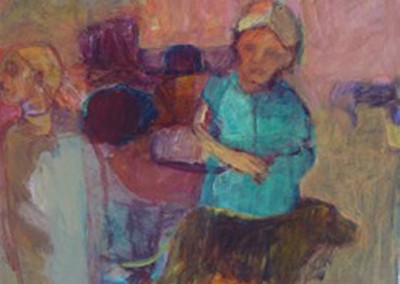